Apple released the full-fledged version of iOS 15 this month after the iPhone 13 series release. The company has pushed its new operating system update through the usual developer and beta testing a few months ago. However, it seems that even being considered “stable” by Cupertino, the update wasn’t ready and polished after all. So far, the firmware is being one of the most buggy updates released by Apple. There are a plethora of bugs in the new update and an annoying issue is the inability to unlock your iPhone using your Apple Watch when wearing the mark. In some cases, the OS does not even allow you to set up this unlock method.

Moreover, some owners report a non-functional viewfinder in the camera app. Some are unable to wake up their iPhone 13 smartphones upon touch, and there is some screen unresponsiveness after unlocking. For instance, it prevents the user to swipe up after a successful face recognition. Another bug involves the Mail app that crashes all of sudden.

Apple acknowledges most of the bugs. The company even addressed the Apple Watch issue in the iOS 15.1 beta 2 version. However, it requires you to be inside the beta testing program. Overall users will have to wait until the stable rollout of iOS 15.1. It shouldn’t take so long according to recent reports. 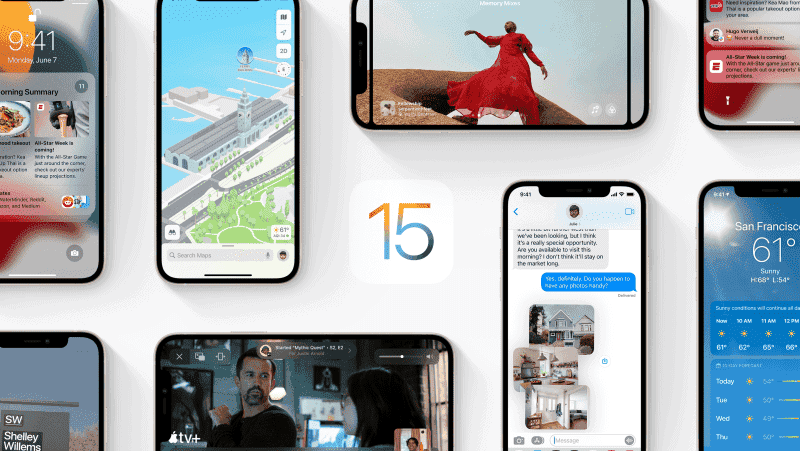 iOS 15.1 update is coming to address most if not all issues

According to GSMArena, the stable iOS 15.1 release is just around the corner. Apple has stopped signing iOS 15 for the iPhone 13 family members, meaning there is no way to roll back or even use Restore on your iPhone 13. The Cupertino firm will soon act to address this, and that means that an iOS 15.1 update is imminent right now.

iOS 14 sailing was smoother than its successor. However, we assume that most of the work started soon after the iOS 13 release. This year, Apple had to start iOS 15 development amidst all the crises brought by the COVID-19 pandemic. Some of its workers and developers were even working from home.

This may explain why the company has left some iOS 15 features out of the stable release. There is a plethora of features that were set to come with the latest update, but are absent in the current builds. Some of these features presented many bugs and the company decided to iron out these bugs before releasing them to the public.

We assume that the iOS 15 update will be a long ride full of incremental upgrades. Hopefully, iOS 15.1 will address the annoying bugs that are destroying the experience.

Here's All The Characters In Nickelodeon All-Star Brawl

Does Back 4 Blood support crossplay?