Over the past few years, the field of Wear OS watch manufacturers has consolidated to a handful of companies. What started out as full-on land grab between traditional watch makers and phone manufacturers has whittled away to a much smaller space; you don’t have a lot of choices these days when you’re shopping for a smartwatch.

Thankfully, one of the companies still remaining is Mobvoi, a brand that continues to push the wearables market forward with the latest tech and health tracking. Its newest offering, the TicWatch E3, is a prime example of this being one of only two smartwatches to use the latest Snapdragon 4100 chip from Qualcomm.

Keep reading below to find out what other goodies Mobvoi’s latest smartwatch packs.

The first thing that stands out on the TicWatch E3 is the massive black bezel around the 1.3-inch 360 x 360 display. Mobvoi isn’t the first brand to design a smartwatch like this. Fossil has been using this design for years, and it’s one of the main reasons I’ve avoided purchasing a watch from them.

In the past, I’ve always appreciated that Mobvoi hid this bezel with a metal frame, because not only does it look better, but it also helps protect the glass. While the huge bezel is an eyesore, perhaps this was one of the cost-cutting measures Mobvoi had to take in order to hit the affordable $200 price range while still including top-of-the-line specs. I just hope they won’t be using this design in its more expensive models in the future the way Fossil does. 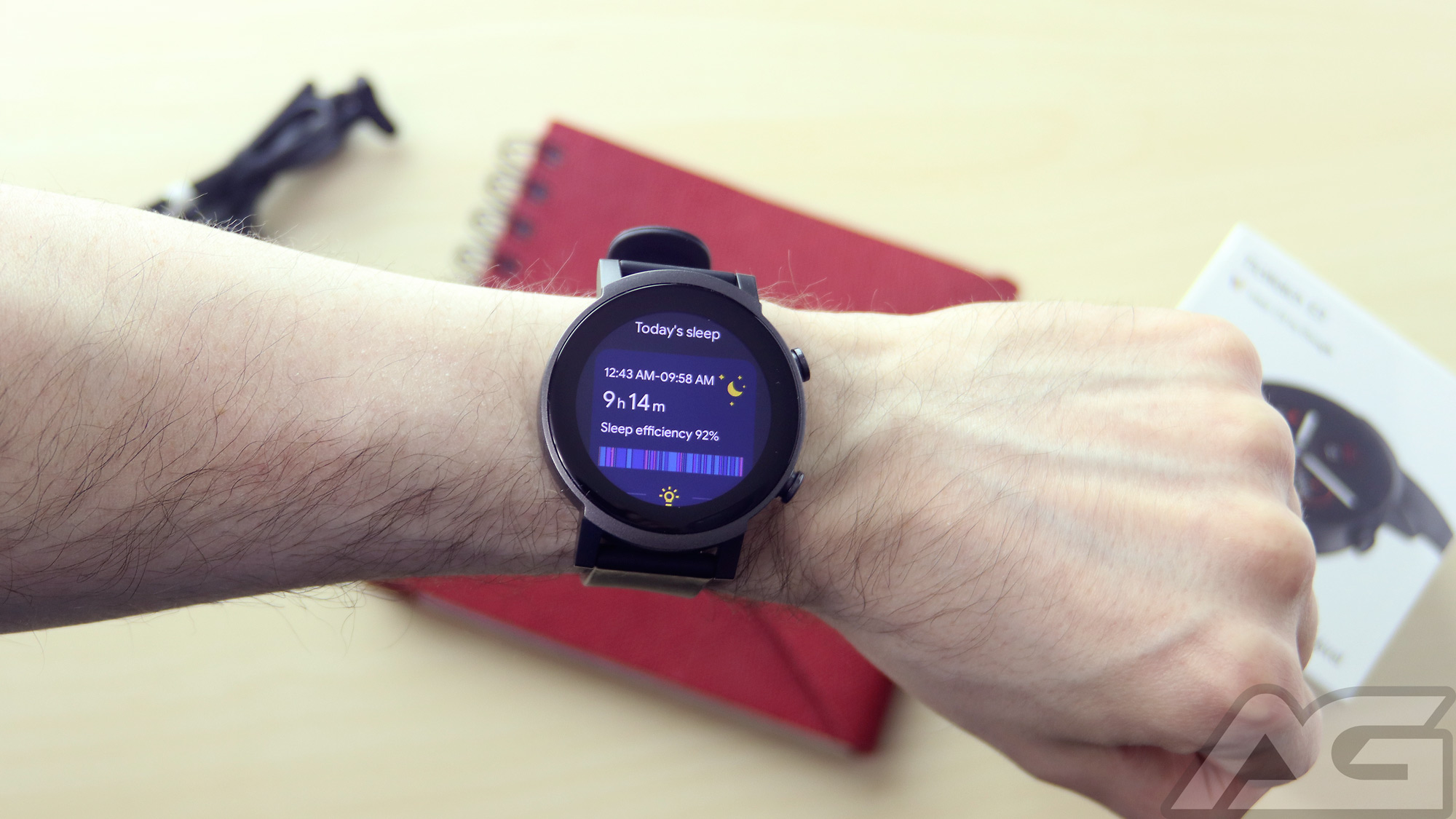 Additionally, the display isn’t the best looking in the world, and even with that bezel, there’s still no ambient light sensor. Meaning, you’re going to have to adjust the brightness manually to make it bright enough to be seen outdoors or dim enough to not drain your battery while indoors.

Besides the display, the TicWatch E3 uses a lightweight polycarbonate body that’s IP68 rated and suitable for swimming in pools. It also comes with a 20mm silicone strap in the box, which is very comfortable and looks nice whether you’re working out or in the office.

The underside sports a host of sensors for health tracking, as well as pogo pins for charging. Then, on the right side, are the two physical buttons for controlling the watch. The top button opens the launcher, while the bottom one is programmed to the TicExercise app by default, but it can be customized in the settings. 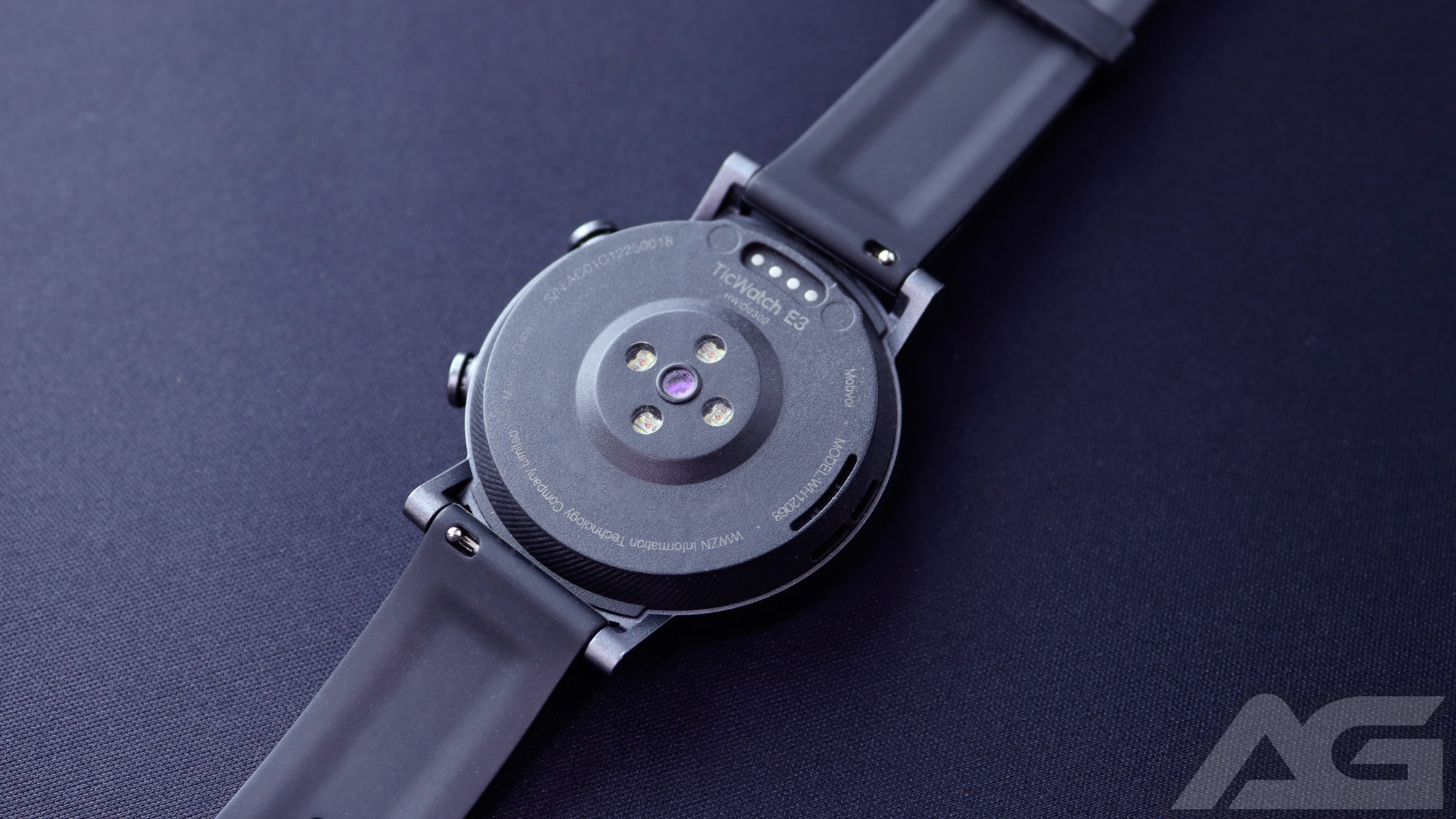 The TicWatch E3 is a little on the chunky side and I would have loved a third button with a rotating crown, but overall, it’s perfectly acceptable for its price range.

Without a doubt, Mobvoi has been my favorite manufacturer of smartwatches for the past few years, and it’s all thanks to its wonderful lineup of Tic apps on the watch. While most Android smartwatches were content to do the bare minimum like counting steps or tracking your heart rate, Mobvoi has always strived for more.

The only problem was that the majority of Mobvoi’s best smart features were reserved for its most expensive watches. However, the TicWatch E3 bucks the trend by delivering big at the $200 price range.

Not only will you be able to track your heart rate and steps, but also your blood oxygen level, sleep, stress levels, and over 20 different exercises. All of this syncs with the wonderful phone app making it even easier to digest and stay on top of all of your stats.

My only criticisms would be that in recent years Mobvoi’s app has changed the way it displays heart rate data and I miss the old easier to read line graph it used to use. Additionally, the app used to have a dark theme which made it much easier on the eyes.

Enough about the smartphone app though, back on the watch Mobvoi offers a range of apps to help you balance your life such as TicZen and TicBreathe to help aid you in relaxation, as well as TicHear to help protect your ears.

Plus, there’s also a mic and speaker for taking calls, and NFC for making payments with Google Pay.

Pair that with the Snapdragon Wear 4100 and 1GB of RAM, and the TicWatch E3 is one of the smoothest performing and most capable Wear OS smartwatches available in this price range.

The TicWatch E3 uses a 380mAh battery and along with Qualcomm’s latest chip, that’s going to easily get you through a full day. During my time with the watch, I was able to go nearly a day and a half without issue, and that includes putting the watch into theater mode while tracking my sleep.

You’ll probably not want to push it any further than that, but if you do, then the TicWatch E3 features a low-power Essential mode that continues health monitoring and displays the time, date, steps, and heart rate. This kicks on automatically when the watch reaches five percent battery life, or it can be enabled manually. 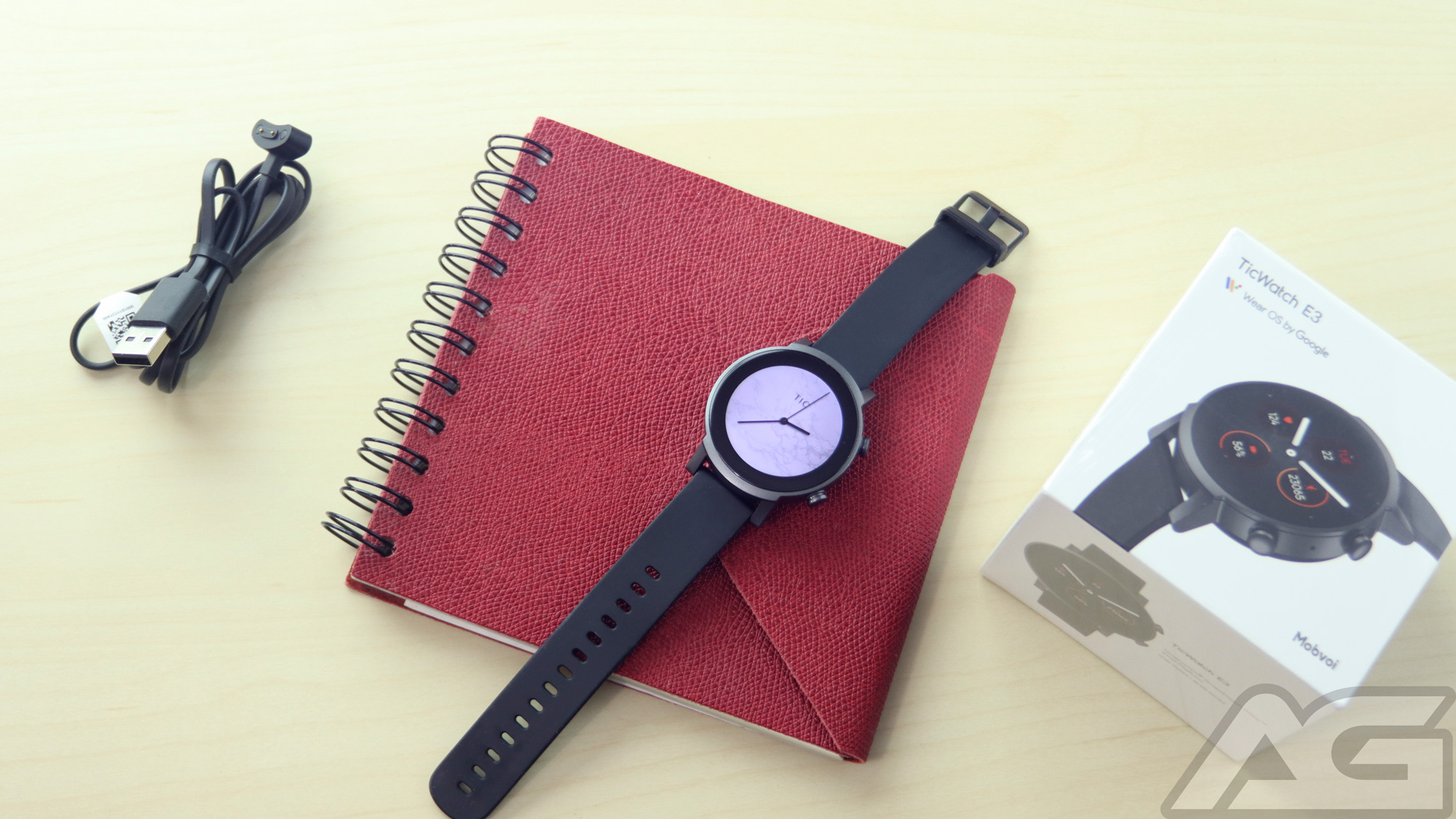 The TicWatch E3 is the most powerful and fully featured Wear OS smartwatch you can buy for $200. It includes a host of Tic apps on the watch, a fantastic mobile app, Qualcomm’s most powerful wearable processor, and great battery life.

Unfortunately, one area Mobvoi had to cut corners was on the display, regardless, the TicWatch E3 gets so much right for such an affordable price, that it’s still one of the best and most affordable Wear OS smartwatches on the market.

Even better, Mobvoi has confirmed the TicWatch E3 will get the next big Wear OS 3 update so you won’t have to worry about buying now and getting left behind once the new platform update is released. Although, we expect the update won’t get released until sometime late next year.

Buy from Amazon Buy from Mobvoi