eFootball’s bid to save its season starts on October 28 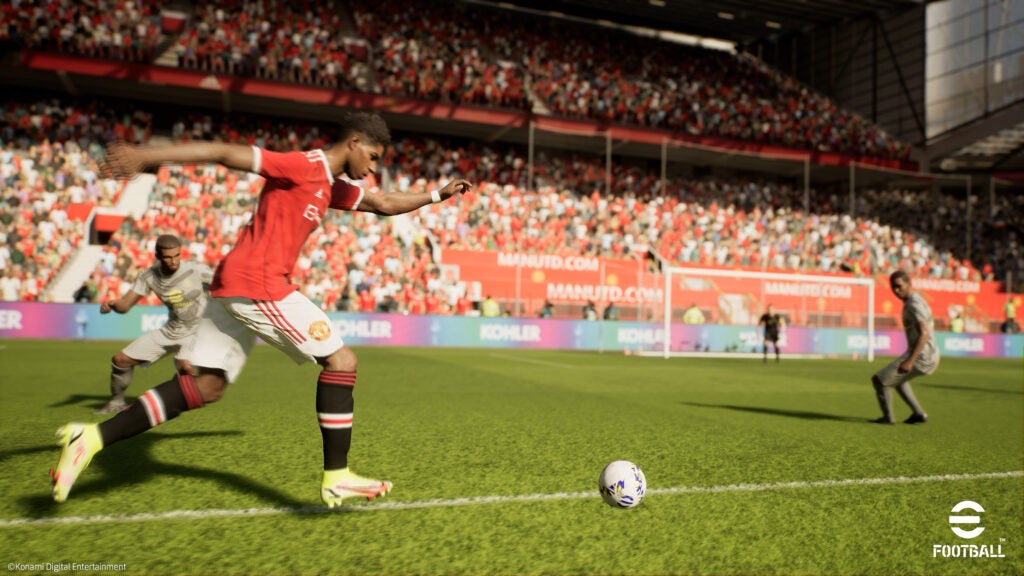 Premier League clubs enduring a rough start to the season can no longer bring in reinforcements to help change their fortunes.

Fortunately, for Konami’s relegation-threatened eFootball sim, the same does not apply in the video game world.

The developer says the first major update to the poorly-received FIFA rival is coming on October 28, and promises to get the series formerly-known-as PES back to winning ways.

The game launched last month riddled with more issues than the Norwich back four, with features like pass speed, player collisions and defence operation all underperforming. Early adopters also complained about cut-scenes, facial expressions of players, as well as player and ball movement.

Konami quickly promised that fixes were on the way, and now we’re finding out when. Update 0.9.1 “will focus on fixing the issues already reported and those you continue to report,” the company said in a tweet on October 8.

The company doesn’t give much away, unfortunately, so we don’t know precisely what changes the developer is making. More details are in the offing though.

The full statement reads: “We apologise for any inconveniences you may have experienced with the game. We are preparing to release version 0.9.1 of eFooball 2022 on 28th October. This will focus on fixing the issues already reported and those you continue to report. We will update you with more details as we move forwards as well as address your feedback and requests in future updates.”

The updates will need to be significant considering the initial release saw eFootball become the worst-reviewed game ever on Steam.

The game had quite a limited launch initially and surprised many with its free-to-play approach that’s available across PC, Xbox, PlayStation, Android and iOS devices. Seasonal updates will add more content after launch. We will have a full review of eFootball in due course.

Far Cry 7 - What we know so far - Online, multiplayer rumors