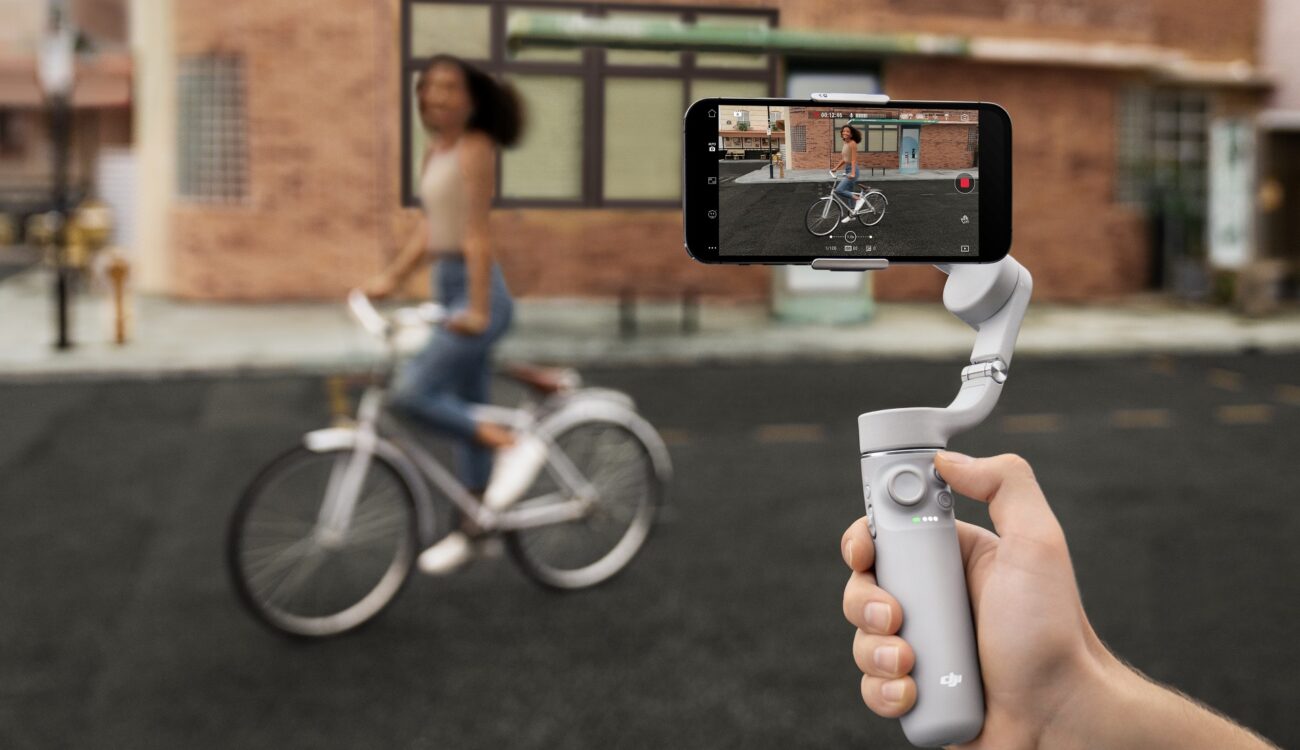 It’s that time of the year again when summer holidays are ending and DJI is announcing a new smartphone gimbal. Last year, the company dropped the name “Osmo” and they also introduced the DJI OM 4 smartphone gimbal which has a magnetic clamp. Today, the Chinese tech giant announces the DJI OM 5 smartphone gimbal with another round of improvements. Let’s take a short look at what’s new.

I feel like this year the most significant changes are the physical appearance of the device. According to DJI, the new model is one-third smaller than its predecessor and it is also 100g lighter (290g versus 390g). The shape of the gimbal is a bit different plus it now has a built-in extension rod that can be up to 215mm long. The gimbal still features a folding design. In terms of payload, the DJI OM 5 can accommodate phones between 170g and 190g with up to 84mm of width.

The OM 5 also features a newly designed clamp that goes over the smartphone’s case more easily, provides better protection, and is compatible with even more smartphone models than its predecessor. By adding one more button to the handle, users can access and control the core features and functions of DJI OM 5 with more ease.

The overall smaller weight and size, however, go hand-in-hand with some compromises. I think it is worth mentioning that the DJI OM 5 has a much smaller battery (1,000 mAh versus 2,450 mAh in the DJI OM 4). That means the operating time shrunk from 15 hours to 6.4 hours approximately. That is still a lot of time, but it is good to know that and plan the charging accordingly. The good news is that the charging time also shrunk from 2.5 hours to 1.5 hours (measured with a 10W charger).

The DJI OM 5 includes a new ShotGuides feature which provides up to 30 sets of pre-set shooting tutorials and supports automatic editing into one final video. Additionally, the newly updated ActiveTrack 4.0 now supports tracking at up to 3x zoom at 5 m/s, and it better follows the subject centered in the frame.

Other features of this new model include:

A brand new accessory for this gimbal is the Fill Light Phone Clamp (sold separately). It is designed to help with lighting when filming with the front-facing camera as phones don’t have any light on the display side.

The DJI OM 5 smartphone gimbal can be purchased now for $159 (€159 including VAT in Europe). The gimbal is available in two colors – white (Sunset White) and gray (Athens Gray). The packaging includes a magnetic clamp, tripod, power cable, wrist strap, and storage pouch. Shipping should start from mid-September 2021. As other DJI products, the DJI OM 5 is also qualified for DJI Care Refresh, so for a small fee, you can get up to two replacement units in one year (3 units in 2 years).

The Fill Light Phone Clamp is sold separately for the retail price of $59 (€49 including VAT in Europe) and it will be available at a later date.

Do you film with your smartphone on a gimbal often? Did you use any of the previous generations of DJI OM gimbals? What do you think of this new model? Let us know your thoughts in the comments section below.

This thing is pretty great