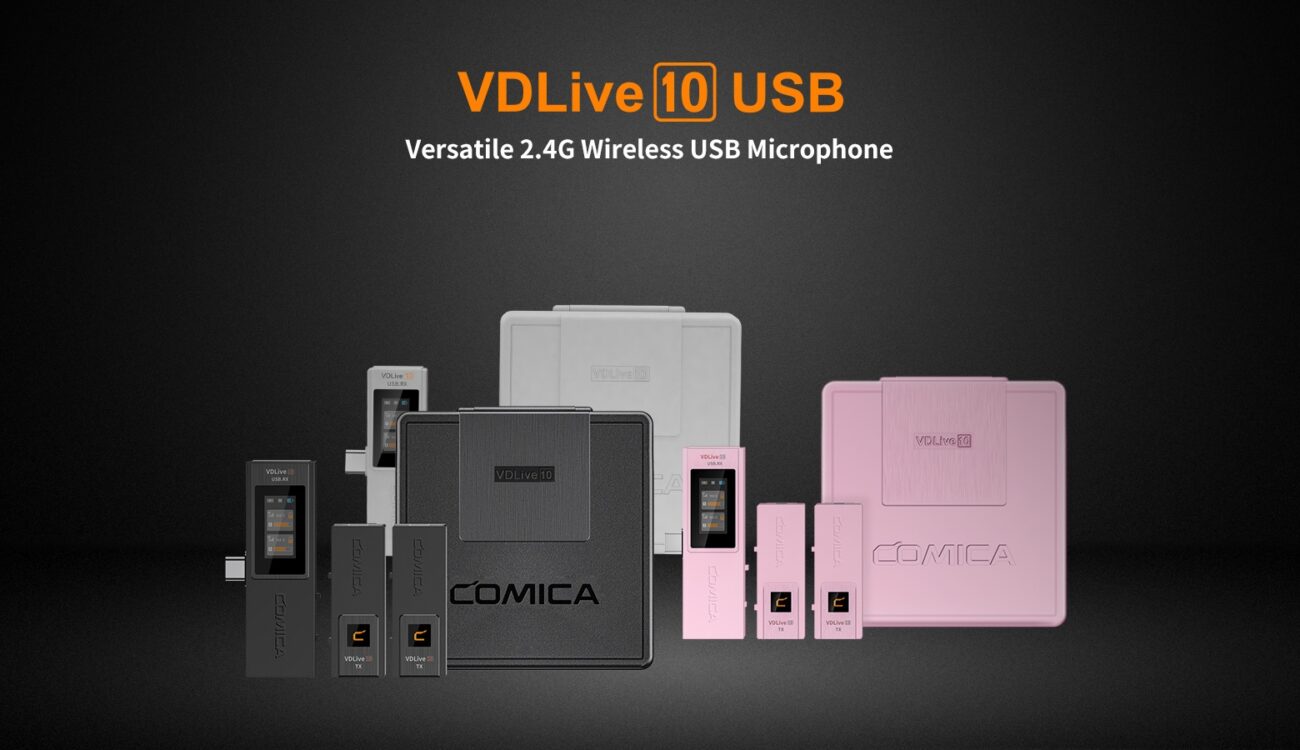 The market with affordable wireless microphone systems has been growing rapidly lately, as we have seen many new products emerge on the market. Apart from the notorious RØDE Wireless GO II which was announced in February 2021, we have seen wireless lav mic solutions from companies such as MIRFAK Audio (WE10 System), Hollyland (Lark 150), or Synco (G2).

To further saturate this segment of the market, the Chinese company Comica Audio now comes with the VDLive10. Let’s take a short look at its features and specs.

Both versions additionally have an analog 3.5mm audio output connector. The system has a mono/stereo switch, volume adjustment, and mute function. The receiver unit also has a 3.5mm headphone connector for audio monitoring.

Both transmitters have a built-in internal microphone and 3.5mm connector for an external lavalier microphone when needed. According to Comica Audio, the microphone set should work at up to 30m of distance (in an unobstructed open area). The connection should have low latency (less than 20ms). The microphone also features a noise reduction system to produce clearer audio.

According to Comica Audio, the USB version comes with a USB-A adapter as well as a 3.5mm TRRS-TRRS adapter cable so the system can be used with a wide variety of devices from DSLR and mirrorless cameras, smartphones, to laptops. Although I believe for a camera you would need an additional TRRS-TRS adapter.

The microphone set comes in a charging case. This takes 4 hours to fully charge and after that, it can ensure 3 times charge for two transmitters and one receiver which can be charged simultaneously when inside the case. The whole set can be fully charged in 2 hours and it can be used continuously for 4 hours, according to the manufacturer.

There are battery level indicators on the IPS screen of the receiver unit. The screen additionally displays the output mode and audio levels. Talking about physical appearance, the microphone set comes in three colors – black, white, and pink.

The Comica VDLive10 wireless microphone set is listed on Amazon, but it is currently unclear when it will be available for purchase. The pricing has been set to $179 for the USB-C version and $199 for the Lightning version.

Which wireless microphone set do you use for your work? Do you have experience with Comica Audio products? Let us know your thoughts in the comments section underneath the article.

10 Excellent Tips to Take Care of Your Computer During Summer

Toem is a game built around its photo mode