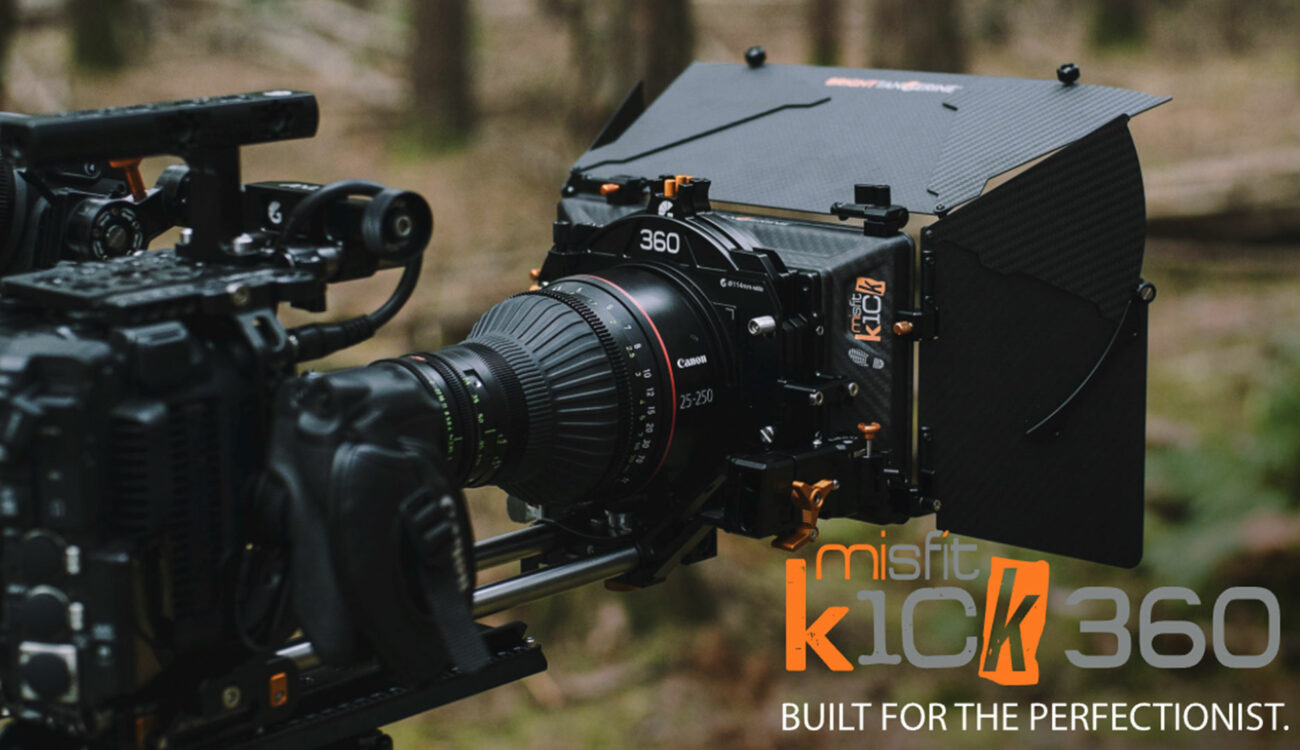 Bright Tangerine has just introduced the Misfit Kick 360, a high-end matte box that can take up to three filters, including two stages that can fully rotate. This matte box supports filters up to 5.65 x 5.65″, and you can either clamp it to the front of your lens or use it on 15mm rods with a swing-away adapter. Let’s take a closer look at it!

When I think about high-end camera accessories with no compromises, only a few companies immediately come to my mind, including British manufacturer Bright Tangerine. However, if you missed it, you can take a look at our reports about the Bright Tangerine AXL EVF mount or their recent LeftField System for the RED Komodo.

Last year, the company introduced the Misfit Kick, a two and three stages carbon fiber mattebox that you can configure either as a clip-on, rod mount, or swing away matte box. The original Misfit Kick already had some unique features like the Frame Safe clamp adapters that allow you to secure your matte box to your rig via a safety wire.

The company went back to the drawing table, and they just introduced what could be the ultimate studio/field production matte box: the Bright Tangerine Misfit Kick 360.

The Bright Tangerine Misfit Kick 360 has a lot in common with the “original” Misfit Kick, including:

So, what’s different from its predecessor?

Most of the other features are similar between the original Misfit Kick and the 360 version. So if you don’t need filter-rotatable capabilities, I guess you can keep enjoying your Misfit Kick.

What do you think about this new Misfit Kick 360 mattebox? Do you often need to rotate your filter trays when using a matte box? Don’t hesitate to let us know in the comments down below!

Inside My Camera Bag | Kelly Teich